One of the local legends tells us that St Frideswide, fleeing from the unwanted attentions of a Mercian prince in the late 7th century came to Frilsham and concealed herself as a swineherd.  It is even suggested that her pig sty is on the site of the current church near  the River Pang and Frilsham Manor (slightly outside the village at the bottom of hill). 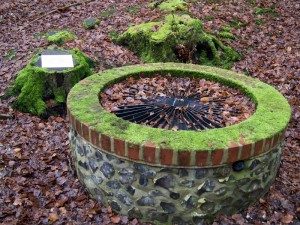 However, the reputed site of the well where she is said to have healed local people is at the top of the hill, on Frilsham common (see footpath sign opposite the football field.)  St. Frideswide may have hidden there for some time, sustained by a nearby well, which is preserved to this day in the wooded common.  Children from the local school in Yattendon process each year to the well around St Frideswide's day (October 19th) to celebrate

It is said that when St Fridewide's pursuer eventually caught up with her, she prayed for deliverance and the prince's eyes popped out! She miraculously restored them with water from the well upon a promise that she would thenceforth be left alone. Frideswide was a princess herself and her father gave the land to found a nunnery on the site of what is now Oxford Cathedral. She is still revered as the Patron Saint of Oxford. 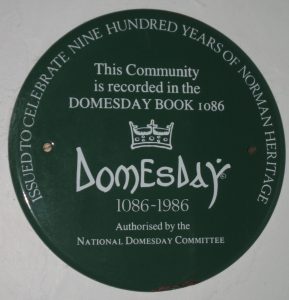 Frilsham was recorded as a small village with a watermill with 19 households described as 5 villagers, 11 smallholders and 3 slaves. (Source: opendomesday.org).

Frilsham resident and local historian, Dorcas Ward, has written a History of Frilsham which was published in The Broadsheet in instalments between October 2012 and December 2015.