Frilsham’s little old flint church is in the valley, next to the Manor House and Farm and old Mill, on the road from Bucklebury to Hampstead Norreys. 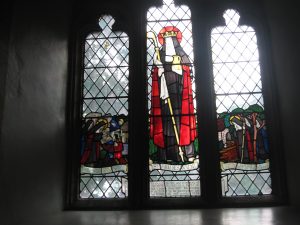 It is (we believe) the only medieval parish church dedicated to St Frideswide, the Saxon patron saint of Oxford.   She escaped the unwanted attentions of a neighbouring nobleman to eventually found a convent on the site of Christchurch cathedral, Oxford, via, some think, Frilsham.   Here she is associated with a well up on the Common where she and a few companions may have taken shelter in a swineherd’s hut.  These events are depicted in the window near the porch. 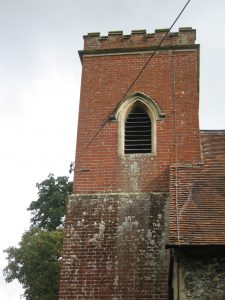 The church building is essentially Norman (12th century), though probably built on the site of an older (perhaps wooden) Saxon church.  The 15th century chancel was added by Sir John Norreys (who completely rebuilt Yattendon church); and the brick tower and porch by squire Robert Floyd in the 1830s.   Considerable changes were more often made to the inside:   in the 17th century (roof timbers, wooden pulpit and lectern and the two bells), the mid-19th century (organ and East window), and again in 1930 (heating, organ loft, vestries and windows). 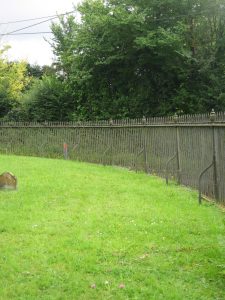 The churchyard, famous for its snowdrops and winter aconites, looks as if it was originally circular, suggesting a much older pagan holy site.   It is surrounded by handsome iron railings cast in nearby Bucklebury in 1824.   Some of these were crushed by a falling horse chestnut tree in February 2017, necessitating a major repair including traditionally forged new railings and gate. These were installed in August 2018.

Except for cremated ashes, all modern burials take place in the graveyard extension on the other side of the road. 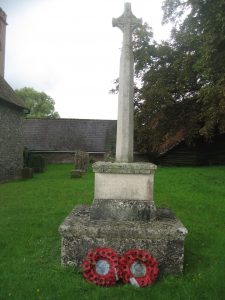 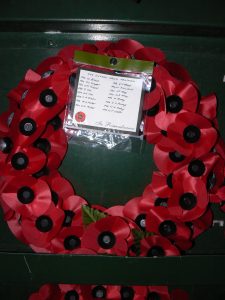 Frilsham's War Memorial is sited in the Churchyard, to the north of the Church.  It commemorates 16 men who died in the 1914-18 war and 3 men who gave their lives in the 1939-45 war.  In 2012 local resident Martin Neal researched the background of those who died in the First World War. He published his research in an article in the Broadsheet and has kindly given permission for that article to be reproduced  The Sixteen from Frilsham 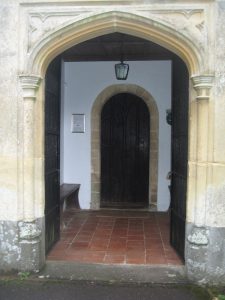 St Frideswide’s is now the second Parish Church in the united (ecclesiastical) Parish of Yattendon and Frilsham. The team rector is The Revd Wayne Lautenbach and the Licensed Lay Minister is Wendy Willoughby-Paul. They are all part of the Hermitage Team.  You can find more information about the Hermitage Ministry on their website here.

Covid-19 has affected team services in all our local churches.

During this time information about services can be found on the Church noticeboards, in The Broadsheet and on the Hermitage Team website (link above).