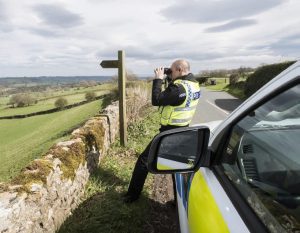 Here are the key findings of the survey and the recommendations made by the Rural Crime Network.

Further information about the survey, the Rural Crime Network, and the full, published report can be found here.

The Chair of the Rural Crime Network writes:

Almost three years ago, we published the report for the first National Rural Crime Survey - the largest survey of rural residents and businesses ever undertaken. Now, we have gone further, engaging over 20,000 people and businesses in the 2018 survey.

The results are no less stark, and raise important concerns about rural policing, where there could be said to be a wholesale loss of trust. Nationally, concerns about policing and its resources are growing, but this is not another report about reducing resources. This survey instead demonstrates that rural communities are being left behind, far and above of their urban counterparts, and it also shows that what rural communities need is very different to urban communities.

I do not doubt the effort some police services have put into turning this tide, but if nothing more, this report demonstrates the sheer scale of the problem being faced.  There are new developments too, not least growing anger and frustration, the increasing blight of fly-tipping and the overlooked impact of organised crime in rural areas.

The ramifications of this valuable feedback from our rural communities go much further than specific policing matters which require further attention. Whilst those issues unquestionably need attention, there is a fundamental mismatch between the expectations of rural people and the service being delivered by policing. Rarely can rural crime compete with its urban counterpart when assessed against the police’s narrow definition of ‘threat, risk and harm’, but this constant prioritisation of ‘urban’ issues has had very real consequences.

Crime is up. Anger is up. Frustration is up. Trust is down. Those rating the police as good is down.  And with 10.3 million people living in rural areas - these are trends we can no longer ignore.

Every decision affecting national policing moving forwards, from funding to safety and security, has to be set against the findings of this report. This report needs to be listened to in the future when decisions on funding are being made, we can no longer continue to see funding being sucked from rural areas to urban. It simply isn’t good enough and politicians need to sit up and listen.

I will continue to fight for rural communities, who should not have to put up with sub-standard services just because of where they live. This simply cannot be tolerated. Despite the passionate and professional police officers working incredibly hard day-in, day-out, them and the communities they serve are being let down because priorities lie elsewhere.

The results of the National Rural Crime Survey, and the wider feedback from rural communities, should not be underestimated.  It is incumbent on policing, partners and on government and us all to listen, and to act.